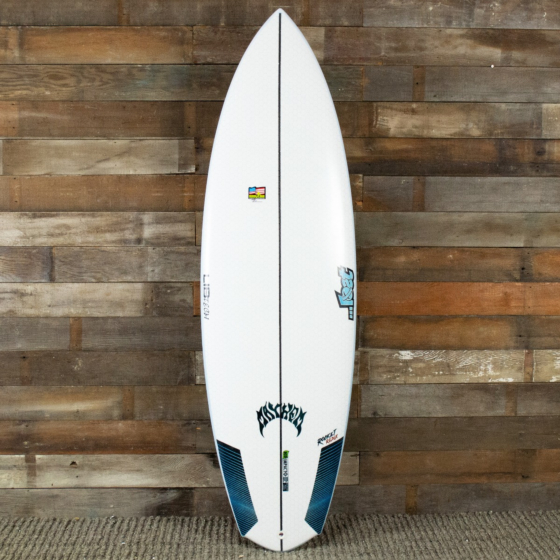 Be the first to review this product
Not Eligible for Free Shipping.
$739.95
Availability: In stock
SKU
LIB20SU00560

Birthed from a broken blank and the brains of Beschen (Shane) and Budroe, the original Rocket was to simply be a board for baby Beschen (Noah) to learn on. Once ridden by Shane, everything changed, and he felt compelled to bring Lib Tech his fabulous find to be refined. Happy accidents have been a staple of surfboard progression, since the beginning. As they started fine tuning and building them for the boys, we knew were had something special. Fast forward a year, and the 2009 video release of “5’5 Redux”. The ROCKET was a star of the show, ridden by a parade of guest rippers cutting loose on the little weapon. From Bros to Pros, The ROCKET was soon a global hit, being enjoyed by surfers of all shapes, sizes and skill sets. Now, more than a decade after its initial release, the ROCKET returns. A re-incarnated Redux for the new generation to enjoy another run of fun… The ROCKET REDUX

Lib Tech has strived to retain all the original ROCKET design details and magic: The extremely low and fast entry rocker, counterbalanced by a hyper-extended tail curve, for instantaneous down the line drive and playfully precise turning. The deepest of concaves, created by a straight centerline stringer and a curvaceous rail rocker lends lift and liveliness. The wide tail and parallel, bullet like, outline provides plenty of speed and hold. The hooked diamond “Rocket” tail adds bite and hold in firm, rear footed carves.

While the ROCKET REDUX stays true to the original ROCKET, to bring a serious performance boost we’ve: Refined and cleaned curves, made the rails a bit more refined, and updated some details just enough to keep up with the things we’ve learned since.

Lib Tech MBC construction perfectly blends the best characteristics of epoxy: durability and liveliness with the best performance characteristics of polyester: flex and dampness. The addition of magnesium fiber improves the overall impact resistance, and the carbon composite stringer exactly matches the flex of new high-performance polyester and holds it for the life of the board. The world’s best surfboard construction just got even better!

Write Your Own Review